Location:
PR’s status as a tax haven is beginning to catch on 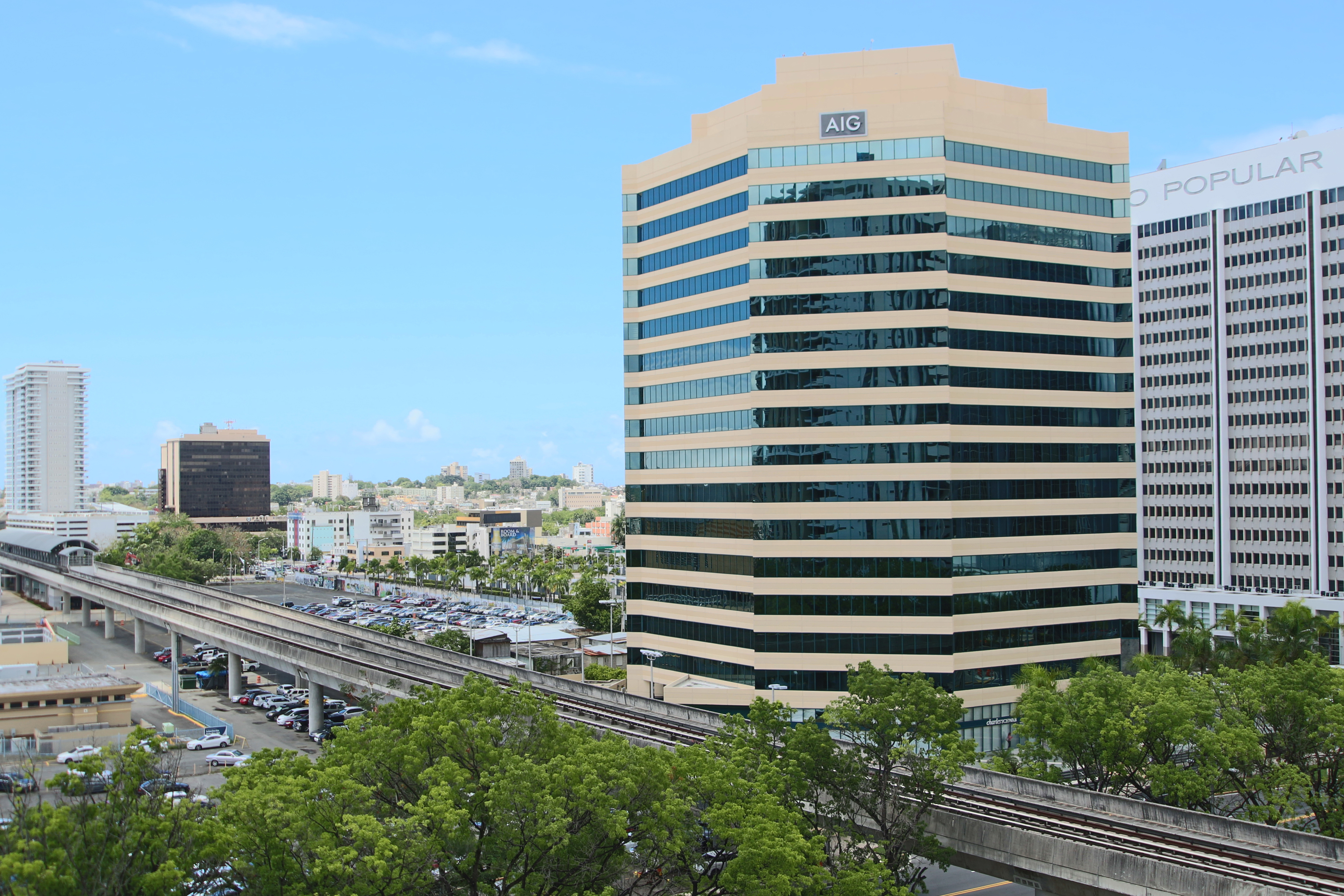 By puertoricotaxincentives in News & Updates on Puerto Rico's Business Tax Incentives.
6 years ago
6 years ago 11792

Puerto Rico, a commonwealth of the United States, passed legislation in 2012 that shields new residents from paying most federal income taxes. After a slow start, Puerto Rico’s status as a tax haven is beginning to catch on, and some are betting big bucks that the trickle of buyers moving there will soon become a stream. Local officials hope that new investment will help turn around an economy battered by several years of recession.

“I take at least five calls a day from new people considering moving here,” said Gabriel Hernandez, a tax partner with the San Juan office of BDO Puerto Rico. When the law was first passed, Mr. Hernandez advised two people who relocated to Puerto Rico from the mainland United States; last year that number rose to about 15, and so far this year, he has helped more than 80 people make the move and is advising another 60 who are considering it. 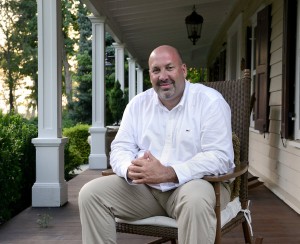 Under the tax law, known as Act 22, you can pay minimal or possibly no taxes on interest and dividends, as well as capital gains. You must, of course, fulfill certain criteria, including living on the island for at least 183 days a year, although unlike many other tax havens, you don’t have to turn in your passport. The island also passed a companion law that provides tax incentives to certain companies that relocate to Puerto Rico.

As of July, 115 people — nearly all of them United States citizens — have applied and been granted the tax exemption, with another 135 forecast to make the move before the end of the year, according to Puerto Rico’s Department of Economic Development and Commerce. Last year, 151 people were granted the tax-exempt status.

“Our investment speaks for itself,” said Mr. Lemond, the chief executive of Encanto. This year, the company acquired the Solarea Beach Resort, a four-building condo development, along with a 24-acre adjacent beach property and the Yacht Club marina, with 158 boat slips and a 30,000-square-foot commercial building. Encanto said in a news release in March that it plans to spend more than $200 million on the properties, including the construction of a hotel and additional beachfront homes.

“Puerto Rico is basically the 51st state — there is no immigration, you don’t have to spend millions of dollars on lawyers to figure it all out. All the infrastructure is already in place,” said Neal Sroka, a broker at Douglas Elliman Real Estate who is working with Encanto.

The turning point for Puerto Rico’s standing as a tax haven can be traced to last year, when the billionaire financier John Paulson began investing in the island. His hedge fund, Paulson & Company, acquired the St. Regis Bahia Beach Resort, where he is building a vacation home. In March, the firm acquired two beachfront hotels in San Juan — La Concha Renaissance Hotel and the Condado Vanderbilt — and is spending more than $500 million on renovations and expansion plans. Perhaps Mr. Paulson’s biggest contribution to the island’s reputation as a tax haven, however, was his dubbing the island “the Singapore of the Caribbean,” a catch phrase that is now oft-repeated by seemingly everyone in the business of promoting Puerto Rico.

“It really began with John Paulson,” said Luis D. Ortiz, an agent at Douglas Elliman who also appears in the reality television show “Million Dollar Listing New York.” Mr. Ortiz, who was born and raised in Puerto Rico but now lives in New York, said he is working with eight buyers, mostly American, who are searching for homes to buy in Puerto Rico.

Margaret Peña Juvelier, a broker with Sotheby’s International Realty, noted that two years ago “there was a tremendous amount of inventory and people were just renting.” Today, she said, “everyone is buying and buying at a quick pace — they recognize if they don’t jump in now, and they wait a year or two, prices will be substantially higher.”

Real estate prices in Puerto Rico are down by as much as 45 percent from the top of the market in 2007, said Ms. Juvelier, a New York City native who moved to San Juan two years ago to open up the Sotheby’s office and take advantage of the tax savings. For years, the island has contended with double-digit unemployment and a soaring cost of living that has led to an exodus of many of Puerto Rico’s professionals and middle-class residents, who have moved to places like Florida and Texas.

These Tax Incentives were created to ensure Puerto Rico’s competitiveness in attracting investments and they are an opportunity for companies all over the world, particularly those dedicated to state-of-the-art technologies and added value.

Contact us for a introduction to a top Puerto Rico Tax Consultant, who will guide you through the incentives applicable to your company.

To help you navigate this section, to your left are brief overviews of Puerto Rico’s Tax Incentives.

Act No. 20 of 2012, known as the Act to promote the exportation of services, provides attractive tax incentives for companies that establish and expand their export services businesses in the island.

In addition, the law promotes investments on research and development and initiatives from the academic and private sectors by granting credits and exemptions for these activities. Furthermore, it helps to decrease operational and energy spending for companies moving to the island in order to help their operations remain profitable and efficient.

Act No. 22 of 2012, Seeks to attract new residents to Puerto Rico by providing a total exemption from Puerto Rico income taxes on all passive income realized or accrued after such individuals become bona fide residents of Puerto Rico. This relocation should result in new local investments in real estate, services and other consumption products, and in capital injections to the Puerto Rico banking sector, all of which will accelerate the economy of the island.

Act 73 › Economic Incentives for the Development of Puerto Rico

Act No. 73 of 2008, known as the Economic Incentives Act for the Development of Puerto Rico, was established to provide the adequate environment and opportunities to continue developing a local industry, offer an attractive tax proposal, attract direct foreign investment and promote economic development and social betterment in Puerto Rico.

On September 25, 2012 (“Act 273”), Puerto Rico enacted Act No. 273, also known as the “International Financial Center Regulatory Act” (the “Act”). The Act provides tax exemptions to businesses engaged in eligible activities in Puerto Rico. To avail from such benefits, a business needs to become an International Financial Entity (“IFE”) by applying for a permit and license and obtaining a tax exemption decree.

The U.S. Congress created the fifth-employment based (EB-5) immigrant visa category in 1990 for the qualified foreigner willing to invest in a business that will benefit the U.S. economy and create or save at least 10 full-time jobs.

The investment requirement is typically US $1,000,000 per foreign investor. A minimum investment of US $500,000 is accepted if the investment is made in a designated Target Employment Area, such as a rural or high unemployment area, and through a designated EB-5 Regional Center. Puerto Rico is a Target Employment Area and therefore all projects offered by Caribbean USA Economic Development Regional Center require only the minimum of $500,000 in investment by the foreign investor.

Learn More
[templatera id=”898″][/templatera]
Do NOT follow this link or you will be banned from the site!